The Meaning of the Memorial Day Holiday

The Memorial Day holiday has a long and complicated history. It was originally begun as a way to honor the fallen soldiers of the Civil War. However, during World War I, the United States found itself once again involved in another major conflict, and the holiday evolved to commemorate American military personnel who died in all wars – currently including World War II, The Vietnam War, The Korean War, and the wars in Iraq and Afghanistan. 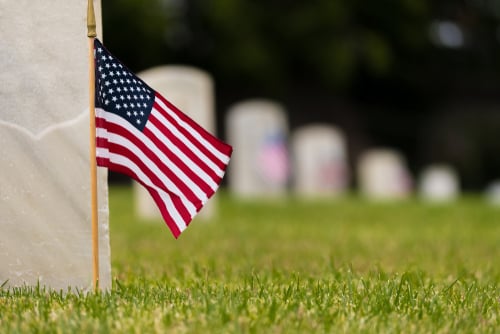 Originally, the holiday was called Decoration Day and it was always observed on May 30th. But in 1968, Congress passed the Uniform Monday Holiday Act, which established Memorial Day as the last Monday in May, in order to create a three-day weekend for federal employees. The change went into effect in 1971.

The holiday’s purpose is to honor and mourn the military personnel who have died in the performance of their military duties while serving in the United States Armed Forces. So, on Memorial Day, many people visit cemeteries and memorials to honor the brave soldiers who made the ultimate sacrifice, and many volunteers place American flags on the graves of military personnel in national cemeteries.

Also, in cities and towns across the United States, Memorial Day parades are held each year, often featuring military personnel and members of Veterans’ organizations. Some of the largest parades in the country take place in Chicago, New York, and Washington, D.C.

Though Memorial Day is intended to be a solemn day of remembrance, it has also become known as the unofficial start of summer. So many people take advantage of the long weekend and warmer weather to take trips, throw parties, or fire up the grill for a barbecue.

It is estimated that 37.6 million Americans will travel 50 miles or more this holiday weekend, as they seek out friends, family, beaches, amusement parks, or some other form of personal recreation. But at some point, most people will also pause a moment to recall the holiday’s true meaning – to honor those soldiers who gave their lives defending our nation.

On that note, we at Carrington are so proud to support a wide variety of charitable organizations through the work of our Carrington Charitable Foundation. But we are especially honored to serve active-duty military personnel and Veterans with charitable giving initiatives through our Signature Programs.

During this Memorial Day holiday weekend, we will be remembering them and we hope you will too.

Website authorization by the New York State Department of Financial Services is pending. Until the website is authorized, no product offerings to New York consumers will be made nor inquiries on subject properties in New York will be accepted through this site.