Too Much of a Good Thing for Rates

Last Week in Review: Too Much of a Good Thing for Rates 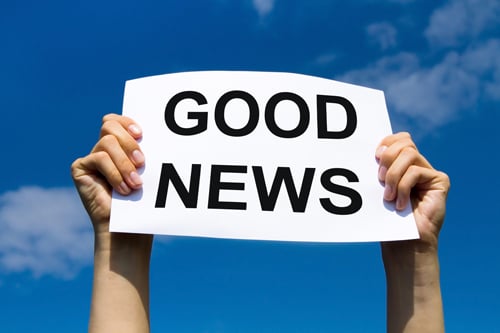 The main event, which helped Stocks and hurt home loan rates, included fresh progress on the U.S./China trade front as both parties are set to meet once again in October. To be clear here, a U.S./China trade deal would be incredible for the entire global economy as it would spark more trade talks and deals around the world. If a deal is had, home loan rates will suffer -- the opposite is also true.

Bonds and home loan rates also hate uncertainty. So, when some uncertainty was lifted, as Brexit now appears to be on hold for the time being, this also helped Stocks at the expense of home loan rates. Finally, seeing uncertainty removed in Hong Kong as protests simmer down was yet another hurdle for U.S. Bonds to contend with.

The Goldilocks economy in the U.S. continues. August jobs growth remains strong, the consumer continues to spend, and there is no recession in sight. All this good news and we still have home loan rates hovering near three-year lows.

Bottom line: the ability to borrow money this cheap to either refinance or purchase a home will not last forever, so take advantage. If the Fed and global banks are successful in keeping economic expansion alive, today's rates will be in the rearview mirror.