Financial Tug of War in Motion 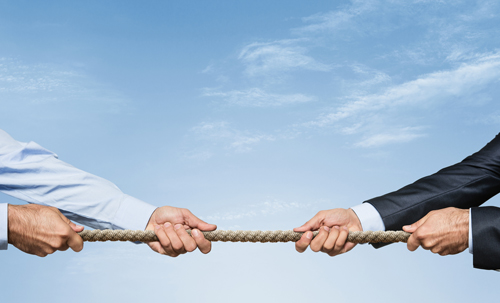 Home loan rates finished this past week essentially where they began, near 3-year lows.

With all the chatter of a global recession and elevated fears that the U.S. will slip into a recession thanks to the recent inverted yield curve, why haven't rates improved further? Is the Bond market telling us something? Quite possibly.

There is a force around the globe whose sole purpose is to promote job growth, manage inflation, and promote economic stability to avoid a recession...and they are the central banks of different countries. They have woken up around the world and have already started to enforce measures to promote economic growth. The European Union has already cut rates and is prepared to introduce more economic stimulus. And our Federal Reserve, the Fed, is set to cut rates multiple times over the next few months.

These central bank rate cuts and additional stimulus serve as the opposite end of the tug of war, helping to pull economies from the brink of recession. And only time will tell if our Fed and other central banks around the globe are successful.

It could be this very reason why interest rates, including home loan rates, have not declined further. If the Fed is going to cut rates to help promote economic growth and elevate inflation, it is actually bad for long-term Bonds like Mortgage Bonds. There is also a saying "Don't Fight the Fed." If the Fed is doing things counter to promote low long-term rates, they could win the tug of war and limit how low home loan rates will go.

Bottom line: the U.S. economy continues to shine, the labor market is strong, consumer and business sentiment are near record highs, while home loan rates remain near three-year lows. The current economic environment is more like Goldilocks, rather than one that is slipping into a recession.